Mouth kiss does not transmit HIV - But There Are Exceptions

It is not that it is null. It is unlikely, and going further, just over six months ago a case of HIV transmission was confirmed by oral sex, after thirty-five years of epidemic !!! Think of something. Couples become intimate and if I kiss her mouth, what harm could there be in picking up a spoonful of soup on her spoon? In my opinion, none! IF HIV was transmissible through kissing, somehow it could also be transmitted through the use of cutlery, plates, shared towels, such as hugs, etc.

But it is not.

And I circle the net seeing what's written there, and honestly, I wish I had the power of Lightning and Thunder, to burn some hard drives and terrify some "Blog Publishers." You see, I take two hypotheses into consideration.

These editors published something they believed in good faith, for having heard in the mouth or even page of a damn guy.

Perhaps it was this truth that he knew or supposed to know, and for the sake of their sins, they abandoned the blog, or lost their password and could no longer retrieve the data. I myself was hacked into 2012 and this site was completely destroyed and in the meantime I think I read it right here in WordPress, or somewhere else:

"Back Uf Always, Back Up often"

"Back Up Always, Back Us Often"

And I was able to restore the site. Well, that does not matter.

The fact is that on the page of the immunological window, at the very beginning, there is an image and, it seems to me, no one observes it. And ... You see, I do not mind answering, or I would have locked the possibility to comment, even though there are an endless number of similar questions and answers, and you could find the answer you're looking for with some research on the page. I will not do that and I remembered something. HIV is not spread by kissing as long as your mouth is healthy. Gingivitis can make this condition worse, if there is, for example, contact with blood from the other person's mouth and in this way we would have to imagine a rather surreal scenario where two people with gingivitis and bleeding in the mouth (with pain this makes it possible to solve kissing!

Then friend, look at the image below, which is the same one that is also at the beginning of the Immune Window post.

A note to my readers assiduous

Lesbians and HIV. Nobody tells them how to protect themselves

I'm HIV positive! Such A Time To Tell I Have HIV!

Another part of the puzzle of the growing link between HIV and cardiovascular disease is unveiled!

Corona Virus And HIV. No Reasons for Concern Yet

9 It seems like a debate is starting to happen here! Participate 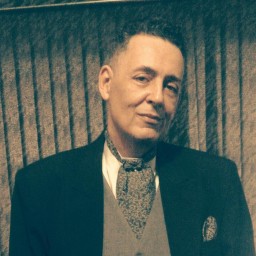